I am really excited to be able to share the first post in a new series, These Lives Matter. This blog series highlights men and women of color who have been successful in their fields. They’ve each made a positive impact in our communities and are positive examples of what we can achieve. They’re willing to tell us their stories about the journey that has led them to where they are today.

This is the story of Nathan Louis Jackson. 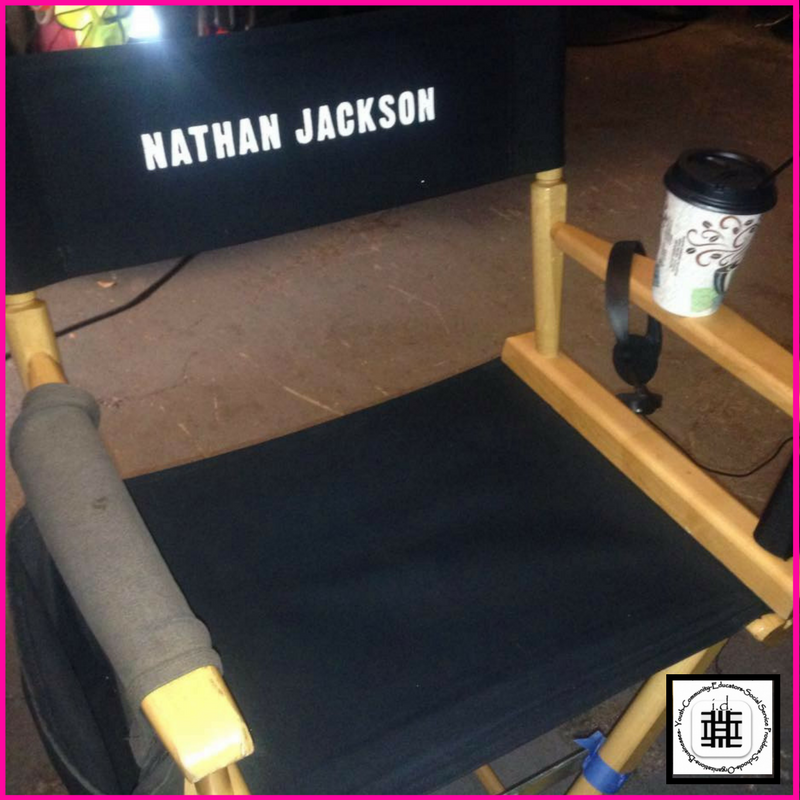 Nathan Louis Jackson is currently a writer for the newly released web series on Netflix, Marvel’s Luke Cage. Jackson has written for several hit series, including: Shameless, Southland, and Resurrection.

What were your influences growing up?

Jackson grew up in Kansas City, Kansas, where his mother was a nursery school teacher, and his father was a heating and cooling service technician. He credits his parents with the support and guidance that kept him out of trouble and on track. 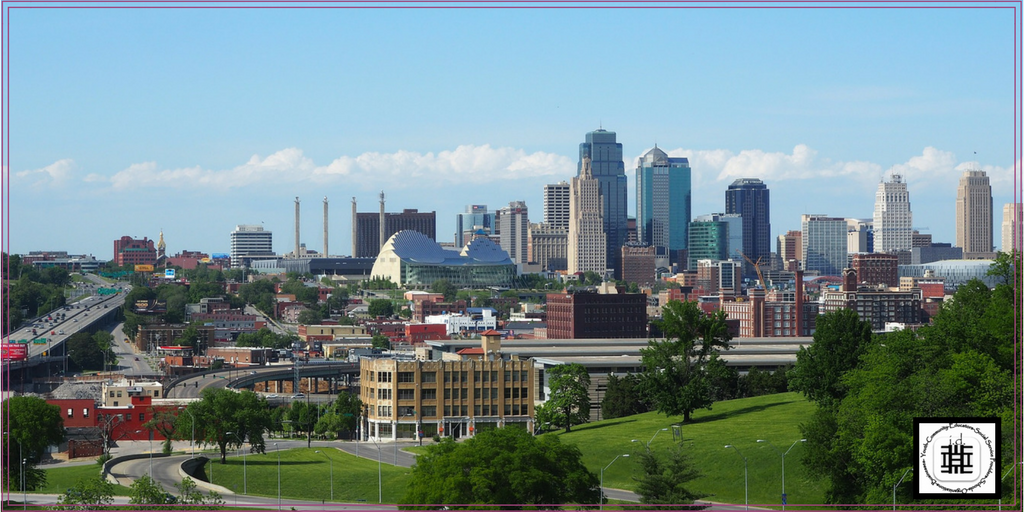 As a child, he grew up in a rough neighborhood where gangs and drugs were prevalent. He stated, “It was nothing compared to New York City or [Los Angeles], but there was a lot that you can get caught up in.” The fear his mother instilled in him of what could happen, and seeing what was happening to others, kept him away from some of the negative aspects of his neighborhood. Nathan prides himself on never drinking or smoking because he never wanted to feel like he wasn’t in control of himself. He said: “I am observant of people’s behavior, and that didn’t work for me. Jail scared me; that was not the place for me.”

What was your biggest struggle as a teen?

Jackson discussed that high school was difficult and that “finding a niche was a trying time – writing was not celebrated.” He said that, in the community he grew up in, and in his school, “theater’s not something really accepted by the community, in general. The African-American consumer has the highest rate of movie ticket purchases, but it’s harder to get them to latch onto theater.”

“I played and watched a lot of sports, like a typical guy. I played ball my freshman year, but mom made me quit in high school because my grades weren’t good.” Jackson recalls that he did the minimum required to get by, he and said: “I didn’t realize the importance of school. Ironically, I failed English; I didn’t want to read Shakespeare. I didn’t see how it related to me.” This issue still affects our youth in school today as they struggle to connect what they’ve learned to real-life situations.

What made you want to go to college?

He again credited his parents with “keeping it moving in a direction. The question was what you did after high school – I didn’t want to work. I wanted to get into theater; college seemed like the best place for this.”  He followed in the footsteps of his sister, and all three of the Jackson children went on to earn their degrees. 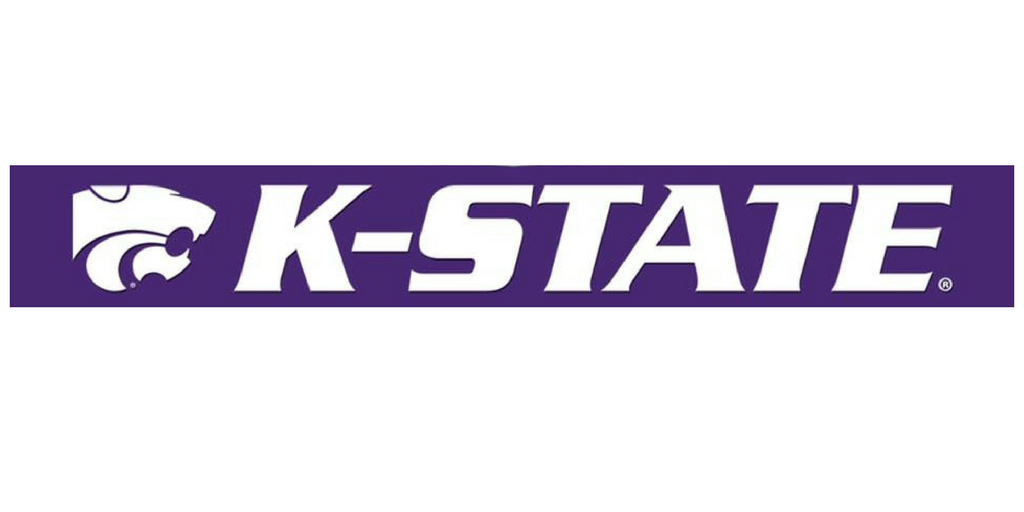 Nathan Jackson earned his Bachelor of Arts degree at Kansas State University and studied at Julliard, where he received a Certified Artist’s Diploma, equivalent to a master’s degree.

What was the most difficult time in your life?

When Jackson was a young adult, around 20, he faced one of the most difficult experiences of his life – the death of his father. His father had been diagnosed with multiple sclerosis, and Jackson said, “You never want to see someone deteriorate and die like that.” Jackson now believes in really taking to heart and learning from both tragedy and mistakes.

“A lot of lessons were learned from family. We all make choices in life, and no one is responsible for your children but you. We are all given an opportunity to make a choice.” He discussed enjoying the holidays with his family, and he said, “That’s when we all come together.” Half the family went on to earn their educations, and the other half fell prey to the streets.

In order to deal with the loss of his father, and emotions in general, is to write about it. He used his pain and wrote Broke-ology, A play about two sons dealing with their father’s battle with M.S. There were several productions performed of the play, one of which was performed in by Jasmine Guy (best known for her recent role in The Vampire Diaries as Grams and Whitley Gilbert in A Different World) in an Atlanta production. A New York City production also saw some familiar faces in Wendell Pierce (known for his role as Det. William ‘Bunk’ Moreland in The Wire, Teddy in The Odd Couple, and Principal Burr in Bad Moms), Alano Miller (known for his roles in Underground as Cato and Aaron Zazo in Jane the Virgin).

He attributed his second play, When I Come to Die, to his cousin. He was a young man who was locked up and became defined by his crime – as did the main character in the play. The story is of the inhumane treatment and botched attempt at lethal injection. Chris Chalk (known for his current role as Lucius Fox in Gotham, Clemens in 12 Years A Slave, and his role as Will Still in Homeland) starred in this play.

What made you become a writer? 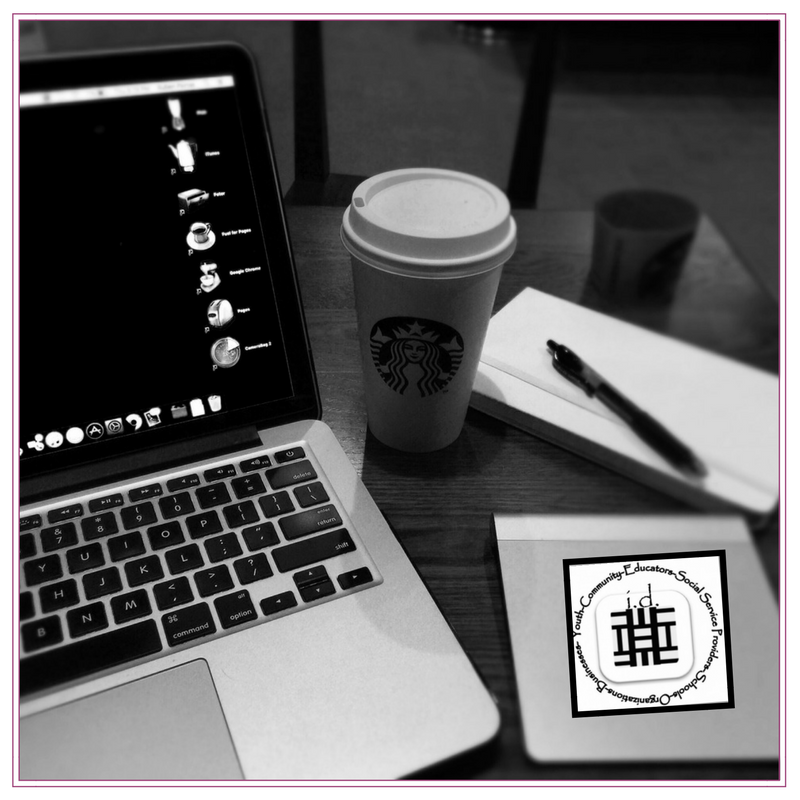 “The ability to tell your story; everyone has a story. There wasn’t a way to do that, [growing up]. As an artist, you can be open and honest and show your emotions, where African-American males don’t get to show that in our communities. Young Black men showing emotions – you are considered soft.”

In his life, he has had the opportunity to write for two mediums, theater and television, and he conveyed his love and appreciation for both. Jackson said: “The feedback is immediate in the theater. You feel and hear the laughter and cry from the audience. There is immediate gratification. “Like in basketball, people cheer for you. In theater, [there are] stories you can tell on the stage but can’t tell on the screen.”  He explained how everything is collaborative in theater, including the audience; for approximately three weeks, everyone in the production comes together to work on the how they want the performance to look.

“Television is different. There’s a lot of visual work, and you don’t work with the audience.” Jackson discussed that you can work on a show for a year and often never meet the people involved in the show, like the actors or director. But with television, you get to tell your story and deliver it to a wider audience; it’s not just seen in New York, but all over the world.

With society’s negative standards for youth of color, what made you think you would be successful in your career?

We discussed society’s negative expectations of Black males becoming statistics. I asked him, “what made you think that you would be successful in this field and career?” He replied, “I’m not sure if I thought about it, but having success on a lower level. Getting a response from debates and performances. You have to have a passion, figuring out what you are good at, and what that is. Have a nurturing environment to explore and find what you are good at. My parents provided a supportive environment. Teachers were also supportive… I had an African-American male teacher who showed me that he could do it.” This empowered Nathan to know he could be successful too.

What are concerns for your children growing up in today’s society?

“Being judged, not based on who they are, but because of their race, sex, and eventually sexuality. This is 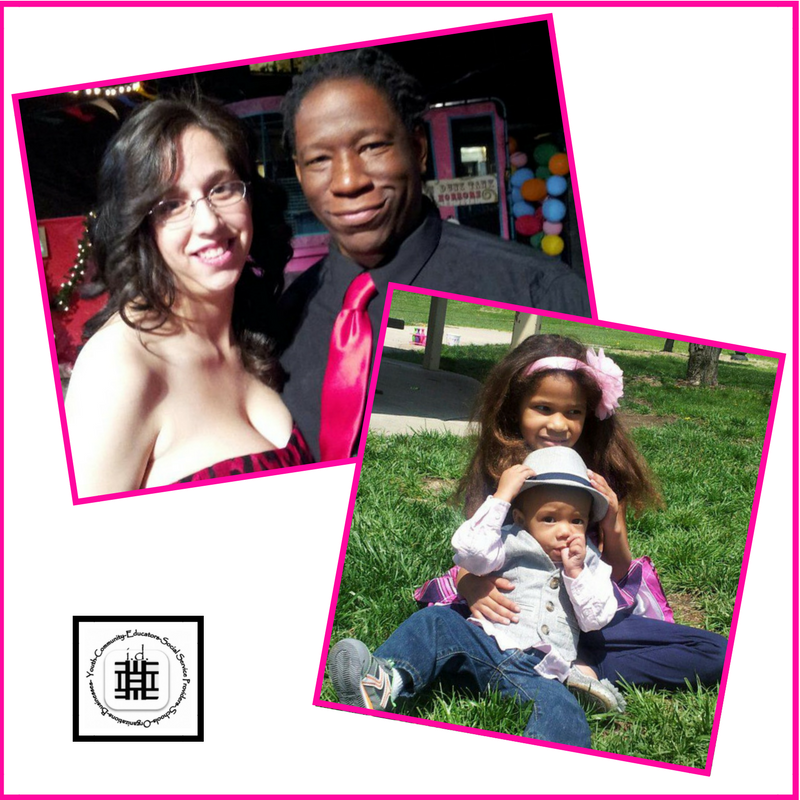 considering where they come from, in a world that is black and white, but they are the antithesis of that.” Nathan has two beautiful children, Amaya, age 9, and Savion, age 3, with his wife Megan, who is of Mexican and Irish descent).

“Someone thinks that stereotypes or misconceptions are harmless. Like when someone thought that, at 5’9″ and getting off an airplane after a long trip, I was a basketball player because I was Black – but a basketball player is a positive thing. Or when I am in California and someone approaches me for weed because I am a writer who has dreads. Dreads impact the way that people perceive you, especially traveling. But, what do you do when you feel threatened? What will they do? What if someone puts something in Amaya’s drink because they want to take advantage of her, or when Sav is running down the street and someone feels threatened? [I worry that they’re] not judged based on who they are, and [people] are going to judge them before they find out who they are.”

What is the most difficult thing you faced as an African-American male?

“Avoiding the stereotypes and not letting those dictate who I am is a good way to deal with that. I want them to leave the situation not allowing people to judge me by their misinformed beliefs and own judgements.”

What kind of impact do you think the Luke Cage Series will have for children of color?

The Netflix series Luke Cage has been an internet and media sensation, and I asked, “Did you expect the series to blow up?”

“I can’t have expected that it [would get] this big,” he responded. “I am happy watching the show; It is a little surreal.” He continued to discuss that the writing is fantastic and going in a direction that he is really pleased with. This can often be a point of contention for writers, as they may have a vision of where they want the story line to go, and the others on the team may see it differently.

“Luke Cage gives America a superhero that reflects the world that we live in. The great thing is, he can’t be hurt. He has a sense of strength,” Jackson said.

What advice would you give to youth?

Posts You Don’t Want To Miss! 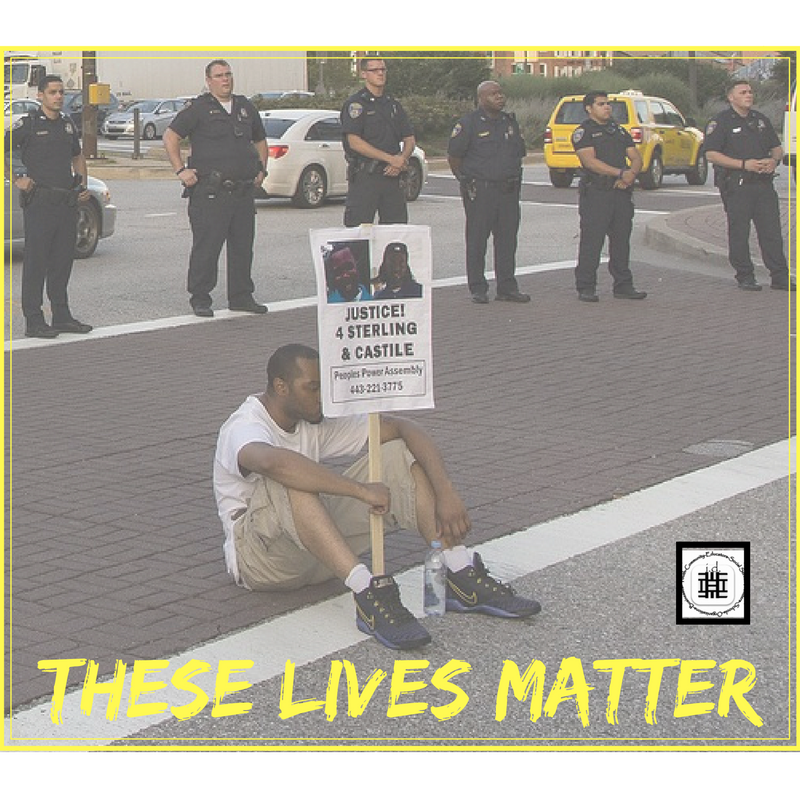 What’s Expected of Youth of Color? 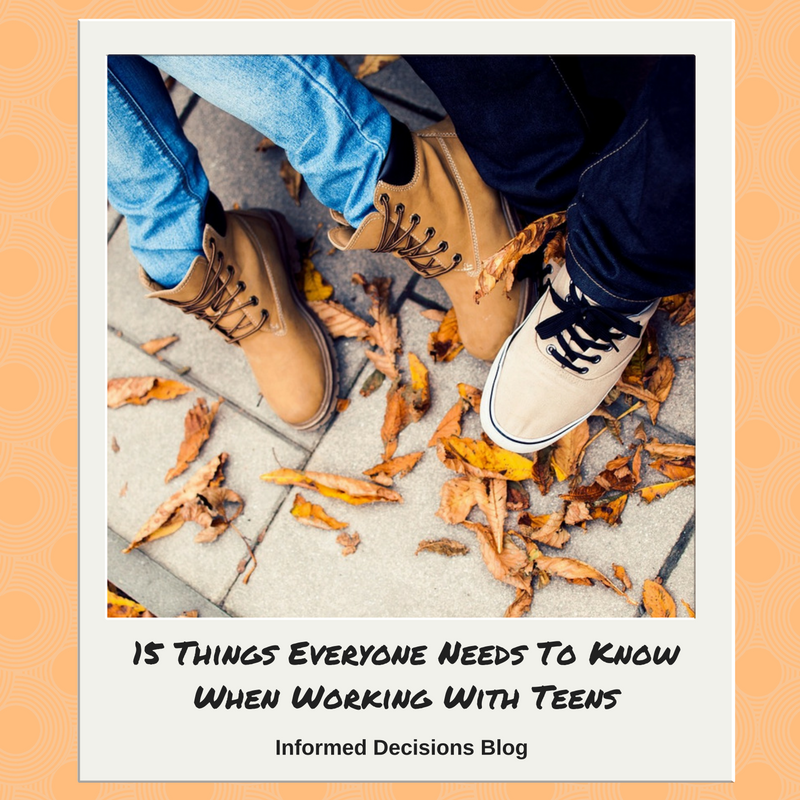